Eliot Stannard
,
Based on the novel by Marie Belloc Lowndes 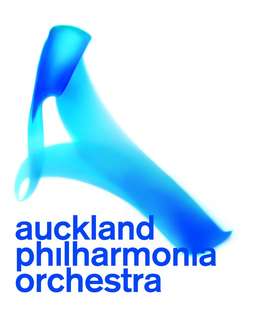 NZIFF’s 20th collaboration with the Auckland Philharmonia Orchestra coincides with the 120th birthday of Alfred Hitchcock, so what better time to present what was, by his own account, “the first true Hitchcock movie.” Presented in a sparkling 2K restoration from the British Film Institute, with a propulsive and atmospheric new score by Neil Brand, The Lodger: A Story of the London Fog is a moody, morally ambiguous thriller which Hitchcock, under the sway of German Expressionism, amps up with audacious visual storytelling.

London is plagued by a killer who only strangles beautiful young blondes. Matinee idol Ivor Novello plays a mysterious stranger who emerges from the London fog to seek lodgings with the family of Daisy, a beautiful young blonde. When he isn’t prowling the city by night, he paces the floor in his upstairs room. Surely, he couldn’t be...?

“What’s… impressive… is seeing how fully formed and sophisticated the young Hitchcock was as a filmmaker – already a poet of dread as well as suspense. The formal experimentation, the morbid sense of humor, the visual wit, the fascination with guilt and false accusation, the conflation of violence and sexuality, the fetishistic obsession with blondes – it was all there virtually from the get-go.” — Bruce Handy, Vanity Fair

“This might be the noisiest silent picture ever made, each shot carefully planned and edited, with swift action in every crowded frame, and the intertitle cards so sparse that we don’t regret the lack of spoken dialogue… The Lodger is in every way a remarkable achievement.” — Donald Spoto, The Art of Alfred Hitchcock

Composer Neil Brand is considered one of the finest exponents of improvised silent film accompaniment in the world. He has also written scores for television, stage and radio, and presented documentaries about film music. He is a long-time friend of, contributor to and performer at the Auckland International Film Festival. He first appeared here accompanying G.W. Pabst’s Diary of a Lost Girl in 2001, and returned in 2009 with his live show The Silent Pianist Speaks. His scores for The Cat and the Canary, Chaplin’s Easy Street and Hitchcock’s Blackmail have been previous NZIFF Live Cinema highlights.

The score for The Lodger was completed in 2017 for the Criterion Blu-ray release of the film. Neil Brand has revisited the score especially for this performance at The Civic.

Conductor Peter Scholes has a long association with film scoring. He was composer and conductor for Desperate Remedies by Peter Wells and Stuart Main, and also conducted the soundtrack to Heavenly Creatures. He was founder (1999) and is currently musical director of the Auckland Chamber Orchestra, which he conducted in our first ever orchestral Live Cinema, Erich von Stroheim’s The Wedding March, at the St James Theatre in 1999. He has conducted all the professional New Zealand orchestras as well as the London Philharmonic Orchestra, the London Symphony Orchestra, the London Orion Orchestra and the Prague Symphony Orchestra. We are delighted to welcome him back after his triumphant performance of The General last year.

The Lodger screens for one-night only at The Civic on Sunday 4 August, 6.15pm.

The classic, quintessentially British comedy of bad manners returns in a superb digital restoration. With Dennis Price as the most elegantly murderous of social climbers and Alec Guinness as all eight of his victims.