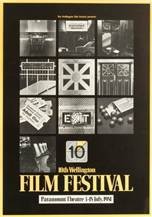 “The audience cheered. The four-letter words were heard. The world didn’t end. But the censor said he would do us no more favours. It was inevitable, therefore, that we became involved in the fight for censorship reform.” Founding director Lindsay Shelton looks back at the first 10 years of the Film Festival.

“I first dated my husband at the Festival, he asked me to a movie.” Actor Miranda Harcourt reveals the ways the Film Festival has changed her life. 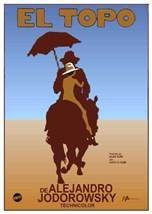 “In the early 1970s, the Mexican Government offered a touring exhibition called Portrait of Mexico. It carried with it a Mexican film festival which we were obliged to take.” Bill Sheat, founding chair of the NZ Film Festival Trust, remembers the time the Mexican films came to town.

“One day in July, I came to work and they said, “We don’t work now – we go to the film festival.” Filmmaker Gaylene Preston remembers her introduction to the Festival. Gaylene’s first feature Mr Wrong debuted at the Festival in 1985. 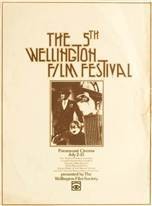 “[Poland] was quite an amazing experience, which concluded with my returning to New Zealand on election night to witness the victory of Robert Muldoon.” Filmmaker Paul Maunder looks at the political changes that led to his first Festival appearance.

“Favourite Festival patron - The lovely man who every year turns up with an encouraging word and gourmet chocolates for the weary festival staff.” From audience member to venue staff to Wellington manager - Robyn Harper shares her favourite Festival moments. 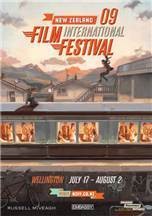 “Film is a fabulous medium - it can entertain, delight, elucidate, provoke and captivate (and sometimes frighten us). We are swept into a world of the imagination where anything can happen, if only for a couple of hours!” Mayor of Wellington Celia Wade-Brown celebrates the Festival.

“My ‘formative’ film festival experience was perhaps marked by the near-midnight Embassy screening of Re-Animator in 1986, a film which still remains the benchmark splatter-comedy, wildly successful local efforts notwithstanding.” Andrew Armitage of Aro Video looks back at late-night delights. 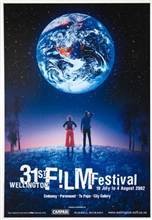 “And then there was the emergency dash back to collect a missing reel of film from the Paramount to deliver to the National Library for a screening which had already started. All part of the job!” Former Wellington manager Denise Liddle remembers hectic moments.

“And sometimes memorable events offscreen – men of the Greek community stomping out during Angelopoulos’s Travelling Players and Les Blank slyly grilling garlic up the back as we drooled at his Garlic Is As Good As Ten Mothers.” John Reid, director of Leave All Fair, which opened the 1985 edition, shares his favourite Festival memories. 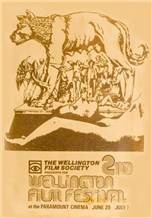 “During one of the busiest periods we sustained a burglary where all the cheques where stolen. Major panic ensued as we contacted all patrons to cancel their cheques and re-issue. The booking sheets were untouched so order was restored and everyone was accommodated.” Former Paramount owner Carol Kisby remembers the early years of the Festival.

“I was called into the editor’s office, and given a severe reprimand. He looked very unhappy. My review, the editor said, was for intellectuals, and I should stick to writing about more populist fare. “Remember, you’re writing for the man in the street, Mike,” he told me.” Filmmaker Michael Heath whose A Small Life and Edith Collier: A Light Among Shadows have graced Festival screens, remembers his experience as a reviewer of the 1978 edition. 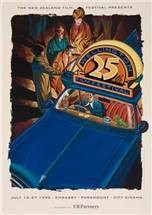 “The brain surgery scene had the biggest impact and seemed to trigger the audience reaction. During its season at the Paramount and as the scalpel began to make its incision, folk fled the auditorium in search of the nearest toilet.” Former Embassy and Paramount theatre operator Kerry Robins recalls the chaotic reactions to a certain film in 1996.

“By the time of the third festival I decided that there should be a souvenir programme. The Film Society minutes record that I was going to prepare a 16-page booklet, but not the fact that I had to convince the committee that it was a good idea.” Wellington Film Society president David Lindsay looks back at his early publishing initiative. 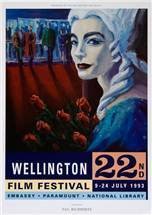 “During a screening at the Embassy of Reservoir Dogs, as several people walked out during the torture scene, one woman stopped and yelled at the screen as she left.” Tom Cardy, arts editor of the Dominion Post, reflects upon some memorable Festival experiences.

“They were heady days and my abiding memories are of excitement, enthusiasm, exhaustion and exhilaration.” Rosemary Cooper, first administrator of the Festival, reflects on her favourite memories. 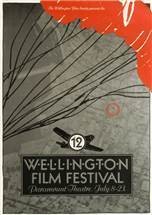 “The Prime Minister Robert Muldoon snapped “who paid for it?” as he hurried out. I could satisfactorily reply, “A university lecturer,” which I knew was one of his least favourite occupations.” Geoff Steven looks back at his experimental film Test Pictures, the first NZ feature to appear in the Festival.

“That year we were also scared (and amused) by Servants of the Devil and The Werewolves of Washington but it is The Cars that are Paris that we remember.” Former Wellington Film Society president Ruth Halliday fondly recalls Peter Weir's cult classic feature debut. 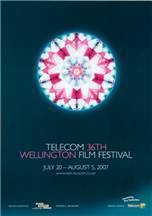 “For me this festival was about the guilty pleasure of bunking off work, disappearing into a mid-morning movie, blinking in the daylight afterwards and sneaking back to my office.” James Every-Palmer of sponsor Russell McVeagh reveals his solution for mixing the Festival with work.

“I was soon off to one of the most wonderful experiences of my life, witnessing at first hand the recently launched New Wave in Australia and then heading on to Wellington.” Long-time Los Angeles Times film critic Kevin Thomas remembers his first visit to the Festival.

“The camaraderie lasts to this day both, with former staff who became lifetime friends, and the Film Festival attendees that over the years I got to know and are a pleasure to see each year.” Bookings manager Michelle O’Donnell looks at the annual pleasure of seeing the regular Festival team. 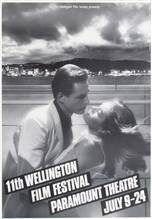 “Those 35mm films are HEAVY. Miles of celluloid on heavy steel reels housed in heavy steel cases. As the size of the festival grew the weight, and my task, became heavier and heavier.” Former Wellington Film Society president Ross Turner recalls putting in the hard yards for the Festival.

“New Zealand’s film exhibition was at that time totally dominated by the two chains, who could stymie any potential competition. Moreover the censor was hyper-active: in 1974 7% of films submitted to him were banned, and another 38% scissored.” Filmmaker Russell Campbell looks back at the state of NZ cinema in the 1970s, and the changes the Festival brought. 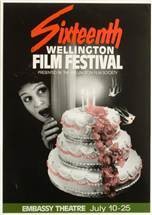 “2011 marks 25 years since the passing of Homosexual Law Reform legislation, just a couple of weeks before the opening of the Festival. In its own way, the Film Festival helped to celebrate that event.”  David Jenkinson, Vice President of the Wellington Film Society, looks back at the very special opening night of 1986.