Screened as part of NZIFF 2021 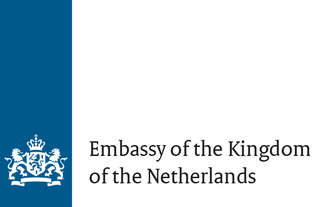 “As opening night looms for a new stage production, tension mounts within the small cast and crew. The wife of one of the actors is terminally ill, and he has trouble memorizing his lines. The director discovers that his wife, the lead actress, is having an affair with Günter, her romantic lead in the play. And then there is Günter himself. His daughter has been diagnosed with a rare pulmonary condition, and he begins to suspect everyone is conspiring against him. Are they?

As a child, Günter was found abandoned in the woods and was raised by foster parents. Until recently, he never wondered about his birth parents. But when a strange man approaches him on the street and whispers the word “kamaihí” into his ear and disappears, he starts fantasizing about his mother. Will “kamaihí” lead to truth, understanding, and peace? And why have clandestine Catholic clergy been lurking in the shadows of the Production?

From the unsettling and surreal Borgman (NZIFF 2014) to the... dry comedy of errors Schneider vs. Bax, and again here with Nr. 10, Alex van Warmerdam consistently delivers precision-crafted, brilliantly written, slow-build genre film entertainment. Expect to be slapping high fives of pure satisfaction with fellow badgeholders as you revel in van Warmerdam, once again, absolutely sticking the landing with his latest magnum opus.” — Tim League, Fantastic Fest