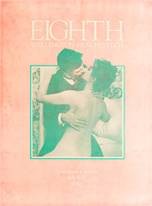 200 words to cover my time with the WFF early 70s to 1979 – impossible! In précis – the knowledge & huge enthusiasm of Lindsay Shelton involved weeks of negotiations each year with owners &  distributors throughout the world – often assisted/interrupted by the unstoppable Jonathan Dennis who’d lollop in from time to time with enthusiastic help & advice like a large shaggy dog.   The triumph involved in the granting of a liquor licence at a time when we were scarcely advanced beyond 6pm closing – the chaotic totally ‘hand’ (not a computer in sight) but utterly reliable booking system operated by Carol Kisby – Peter Weir (or was it Michael Thornhill?) rushing up to the projection box & tearing the censor’s tape from an ‘offensive’ word in his film – the beautiful sensuous India Song getting from Sydney to Wellington, through the Censor & on to the screen in less than 24 hours… They were heady days and my abiding memories are of excitement, enthusiasm, exhaustion and exhilaration.