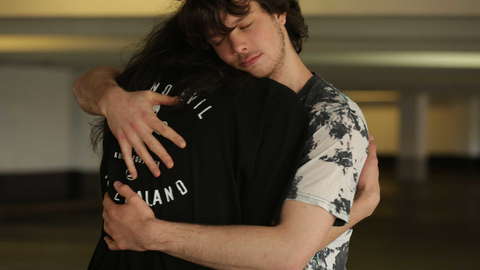 Films can change lives. Director Paul Oremland recalls the thrill of seeing his 100 Men (NZIFF 2017) do just that.

"Being involved with the NZIFF was one of the most wonderful experiences of my career. I had just completed a controversial film that looked back at Queer history through tracking down 100 ex-shags. I wasn’t sure it was going to work. The moment I realised we had done something that mattered to some people was at a screening in Christchurch. On the way out of the cinema an elderly gay couple came up to me. They told me they had been together for 50 years and after seeing the film they had decided then and there to get married. Soon after I got an invitation to the happy occasion.

Film festivals are one of the few places that non-commercial films can flourish. We can see amazing stories outside the mainstream and NZIFF does a fantastic job of finding these films. New Zealand used to have its own dedicated gay film festival. As a gay filmmaker – and yes, I am happy to be labelled this – I mourn its loss. Indeed, the connection between equality and a disappearing culture is a theme that I explore in 100 Men. One of the interviewees says “I wanted equality I but didn’t want to be the same. We are unique.”  It’s this uniqueness that is under threat without our own film festivals and spaces to explore subjects that speak directly to the LGBT experience. But Bill and his team are filling the gap by programming some of the best gay films from around the world. Seeing these films as a part of the Festival is reassuring that our voices will continue to be heard in New Zealand."