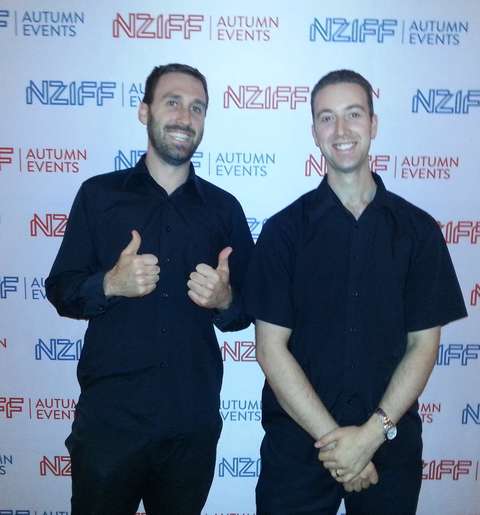 "Many people attend the Film Festival each year and are involved with its ongoing success. However, few get to experience it as I do. When I started as a film handler in 2006 we were shifting reels of physical film, dragging it up to the projection booth, splicing it together and repairing parts of it to ensure quality playback on the projector. Each two-hour movie has approximately 10,000ft of film, which is a great deal to handle, not to mention the number of stairs up to the booth.

By 2012 things were very different. I had become lead technician at the Civic for the festival, and the majority of the films had changed to a digital DCP format, requiring scheduling and time-specific unlock codes. One of the most memorable technical moments for me happened the following year. We found out very close to the screening time that the unlock code for the final film on the programme wouldn’t work. Having to walk downstairs and relay this information to Bill was an awkward time! [The film was Jodorwosky’s The Dance of Reality, eagerly awaited by 800 or so ticket-buyers. — BG] After many phone calls to France, a new code was obtained less than an hour before screening time. A valuable lesson was learned on both sides of the world – in 24 hour time, 00:00 on Sunday 4th is actually Saturday night, not Sunday night."