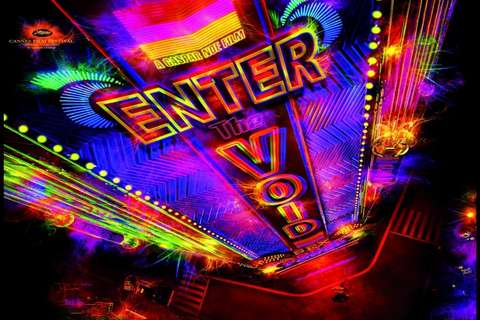 "Who doesn’t dream of having something they’ve made play at the Civic? Sitting in that perfect sweet spot, perched upstairs at the edge of the balcony, dead the middle. Then the lights go down and those ridiculous blinds open and a shooting star goes off overhead! For years I’ve always tried to secure that sweet spot in the theatre: the drug-fuelled madness of Enter the Void at the Film Festival is probably one of my favourite cinematic experiences ever.

So to have Tickled’s New Zealand premiere there, at the Civic – included as part of the Festival I’ve grown to love so much – wow! It was a celebration for our whole team: Dylan Reeve, Carthew Neal, Simon Coldrick, Dominic Fryer and countless other people who had helped out tirelessly on this madcap tale of tickling gone hideously wrong. It was a joyous night, a far cry from angst of our first screenings at Sundance.

The nerves there, in Utah, were hideous. I sat down, hunched in my seat at the first screening – worried as people came and went to talk on their cell phones. (Buyers! Markets! Argh!) My nerves had calmed down slightly for the second screening, but then the audience got a scare, as one of the ‘villains’ of the documentary turned up in the audience.

They reportedly scribbled notes and made dissatisfied noises, especially during moments where they had screen time. Knowing the company we had made a film about – Jane O’Brien Media – had lots of cash (millions and millions!) – the festival was on high alert. This was America, where you pass through scanners at festivals to make sure you’re not carrying a gun. It was a tense, tense time as we outed a rich New Yorker’s 20-year campaign of bullying and harassment. Exciting, exhilarating and scary.

But months later, there we were, safely cocooned in the warm embrace of the Civic. It was my favourite showing we did of Tickled – a cool crowd with cool questions at the end. So many people I admired were in the audience that night. My friend Steve Braunias did the Q+A, and I was so glad to have him there.