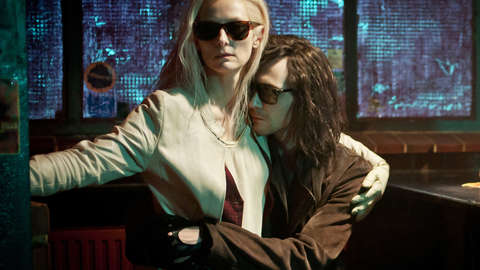 Chelsie Preston Crayford grew up with NZIFF but was surprised to find her first short film shanghaied onto the programme in 2013.

I can’t even recall my first encounter with the New Zealand International Film Festival; it seems so strongly embedded in the tapestry of my life. For as long as I can remember my mum has blocked out the full two weeks of the Festival and gone to as many films as she can physically fit into a day. I think one year she figured out she alone had accounted for 0.1% of the entire Festival audience in Wellington.

I remember the year my first short film Here Now haphazardly ended up in the NZ’s Best Competition – I had thought I was sending it in to Bill Gosden for feedback and got a message a while later saying it had been selected. I was over the moon and blindsided all at once. I remember attending the closing night that year at The Civic. The film was Jim Jarmusch’s Only Lovers Left Alive and I was transported. As I walked through the streets of Auckland that night the city seemed magic. That’s my favourite thing about the Festival – the sense of inspiration and infinite possibility it leaves you with, filling you up with just enough juice to make it to next year.