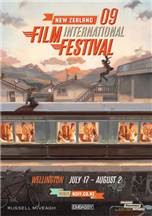 I am delighted to congratulate the New Zealand International Film Festival on 40 wonderful years. The Festival has been enjoyed by thousands of locals and visitors and has become a much anticipated feature on our events calendar - we all know people who plan their annual leave around it!

Film is a fabulous medium - it can entertain, delight, elucidate, provoke and captivate (and sometimes frighten us).  We are swept into a world of the imagination where anything can happen, if only for a couple of hours!

The 'Coolest Little Capital in the World'  has a thriving film industry and the New Zealand International Film Festival is one of the many ways we celebrate it.  We also have a passionate, educated movie-going population who are more than excited to support this incredible Festival.

I would love to see 49 Up again - it is an amazing social documentary. Not only is it an in-depth life-story of those featured in the film, it shows the effect of nature and nurture and the interplay of inherited characteristics with the hand life deals.  The entire series (beginning with 7 Up) has been surprising, uplifting, sad, funny and always engaging.  It is a powerful but unspoken social commentary on inequity's ongoing consequences. The documentary evokes poignant memories of growing up in Britain.

Wellington City Council is pleased to support the Festival and I wish the Festival team all the best for 2011.  Congratulations on 40 years of the best films in the world!   In 2040 we'll still be enjoying films - and I'm sure many Wellingtonians will contribute to what we see over the next forty years.