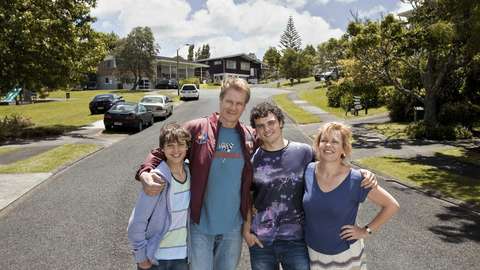 The Hopes and Dreams of Gazza Snell played in the Auckland NZIFF in 2010. That film was six years in the making: it was a big night. My parents were there, my hockey team was there, my Dad's Rotary Club was there. Afterwards, during the Q+A, with the adrenaline pumping, I gave a performance more akin to stand-up comedy, which I'm kind of embarrassed about now, but which seemed mildly funny at the time. Elderly lady from the back, referring to the kart racing scene that begins the film: "It was very, very loud, too loud!" Me: "I'm sorry, I can't hear you, I'm deaf from the movie." Truth was I'd spoken to the projectionist before and managed to get him to crank the volume, a lot – she was absolutely right – it was ear-splittingly loud.

Afterwards we went down to the Wintergarden and had a party, and, as it happens in New Zealand, especially when you've made a film set in the suburb you grew up in, many old school friends, and Church Youth Group (!) friends, and friends of my parents who'd known me since I was a baby, turned up. It was brilliant. It was a moment. One I'll always be grateful for.