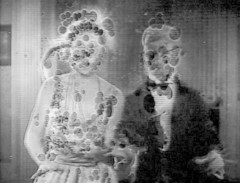 Volunteer Adam White has been showing festivalgoers to their seats since 2002 – and staying to watch movies he would never have chosen to see.

I've worked at the International Film Festival as an usher since 2002 through a call for volunteers to the University of Auckland Film, TV and Media Department, whose staff and students have a long association with the festival. My Head of Department at the time, Roger Horrocks, was one of the Festival’s founders. The very first session I did was in a cinema which didn't usually have allocated seating, so they'd hastily improvised with stick-on numbers which kept falling off. It was a miracle that we got everyone into the right seat. 16 years and hundreds of films later I'm still pleasantly surprised that somehow we manage to keep things running according to schedule, and there's still a feeling of relief once people are seated and the lights go down.

The great thing about ushering at the Festival is that you get to see films that you probably wouldn't necessarily have chosen by skimming through the brochure. Among the happy discoveries was Bill Morrison's Decasia and the Yuri Norstein retrospective, both of which stick with me many years later. Weirdly during the Festival season you're so immersed that you can't always remember a film you saw only days before, having to consult the brochure to check.

A fellow usher and I are still in touch with Pulitzer Prize-winning film critic Joe Morgenstern, who was over for the Festival in 2007 and came out with us for drinks. He stayed in contact after the Festival and came over to Nelson for her wedding a couple of years back. It has been great knowing someone so knowledgeable about film covering many decades, and not someone I would have expected to meet at a festival on the other side of the World.