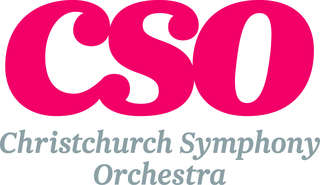 “The most famous image of silent comedy – Harold Lloyd hanging from the hands of a clock, 12 stories above the streets of Los Angeles – represents only one of the great moments in what could be the most brilliantly sustained comic climax in film history.  A marvel, and there's more in the fine character work that leads Lloyd up to the big moment. The other great silent comics defined their own worlds; Lloyd lives dangerously in ours.” — Dave Kehr, Chicago Reader

Safety Last!, with its department store setting and skyscraper-climbing antics, is as up-to-date a dispatch from 1923 as you will ever find, its zeitgeist jazzily accentuated by Carl Davis’ score. The great care that Lloyd, and now his granddaughter Suzanne, have always taken with his film legacy help accentuate that freshness even further: in its recently created digital form, the film looks as good as new.

Music for silent films has been an enduring strand of the prolific Carl Davis’ activities. His 1980 score for Abel Gance’s Napoleon triggered an extraordinary revival of interest in silent film, and Davis’ oeuvre of more than 50 scores for this medium, including Flesh and the Devil, Ben-Hur, The Thief of Baghdad, Greed, Intolerance and The General, has brought him international acclaim.

Composer Neil Brand has been accompanying silent films for over 20 years. He has written scores for TV documentaries and radio dramas; music for theatre; two musicals and four radio plays; and is considered one of the finest exponents of improvised silent film accompaniment in the world. He has dazzled New Zealand audiences several times as a guest of NZIFF. Neil’s score for Easy Street has been arranged for orchestra by another NZIFF Live Cinema regular, composer and conductor Timothy Brock.

In Easy Street, Chaplin’s tramp happily steals from the mission – until love strikes.